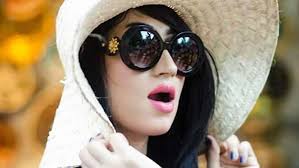 MULTAN: Internet sensation Qandeel Baloch was murdered by her brother in Multan on Saturday.

“Baloch was killed by her brother over honour in Muzaffarabad’s Green Town area,” the area’s RPO told The Express Tribune. “It appears that she was strangled to death,” the RPO added.

Baloch had fled to Multan but not disclosed her location due to security threats, the official added. “Qandeel’s brothers had asked her to quit modelling,” family sources said.