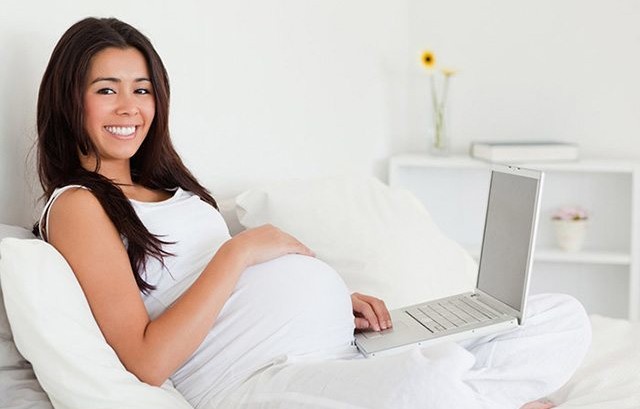 1. “22 hours of labor” does NOT mean “22 hours straight of feeling contractions.”

When I was in my early 20s, I thought laboring for a day meant not just contracting for that long but actually PUSHING that whole time. And a few young women I’ve spoken with have similar misconceptions. So set the record straight: Most moms time labor from when they feel the first contraction to when the baby arrives. And hours can go by without feeling a contraction in the early stages of labor. Even at 9.5 centimeters, you may not have a contraction a minute. 2. Your contractions may start out so slight, you won’t know you’re having them.

Descriptions of contractions range from period-like cramps to feeling as though your body is being ripped apart. But there are all kinds of sensations during pregnancy—round ligament pain, uncomfortable gas, a Lord of the Dance performer in your uterus—that a first-time mom might not realize those first contractions are indeed contractions. And that’s a good thing! Because if you’re not sure they’re contractions, they’re bearable.

After Pregnancy Skin Problems and Solutions

3. Unless you want to, you don’t have to see anything during delivery.

I had something akin to a panic attack during the delivery scene in Knocked Up. So I can only imagine how I would have reacted if I had been subject to one of those miracle of childbirth videos. But besides witnessing the IV go in at the hospital, I was blissfully unaware of other goings-on (my husband, on the other hand, saw everything; sorry, Paul). The blood and gore of health-class films are a few feet away from the mom-to-be’s eyes, but no doctor or nurse will ask, “Could you please check out what I’m pulling out of you right now?” Tell the young ladies in your life, “If you’re squeamish, don’t look down, and you’ll be fine.”

4. Recovering from delivery can be worse than the delivery…

I had a textbook delivery which, while far from a Hawaiian dream vacation, wasn’t as excruciating as I expected. The days following my son’s arrival, though, were pretty painful. Even though I delivered vaginally without visible tearing (a miracle, I know), I’d have to warn my husband when I was peeing because he’d hear me crying from the act. The message to young women should be: It sucks, but it ends, and the thing you’re most scared of, the delivery, itself, might not be half as bad.

5. ..but there are lots of post-delivery accessories to help you.

Whichever camp they end up falling into—I’m squarely in the latter—it doesn’t matter because in time, you’re wholly grateful for the baby you brought into the world with every squeeze, grunt and pant.

7. That no delivery or post-delivery experience is the same.

So your friend labored for 55 hours, pushed for three and then walked (or rather, wobbled) away with a C-section. Yes, it does happen. But so do totally uneventful deliveries. Theirs will probably be some mix of what they’ve heard with elements they may never have known were possible. No matter the combination they experience, they will more than likely be 100% fine soon thereafter. And with a child with whom they’ll be madly in love.