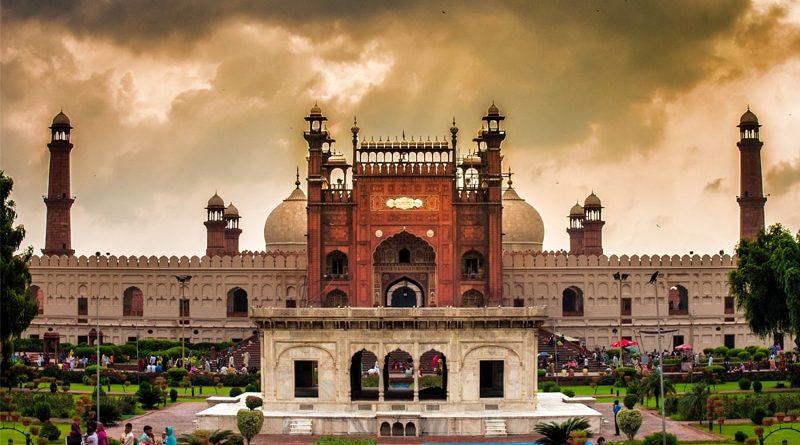 Pakistan is rich in culture and history, leaving you fascinated as you tour each ancient monument to learn about hidden mysteries. The country has not forgotten its ancient sites in Pakistan, where many monuments, tombs, and museums exhibit different regions symbolic of the nation. There are several historical places in Pakistan that everyone should see, as well as famous Museums of Pakistan and Lok Virsa.

The United Nations has many World Heritage Sites. The United Nations Educational, Scientific, and Cultural Organization (UNESCO) protect these sites, encourages tourism, and distributes reliable information about each historical site.

Once you reach Pakistan, you can explore these cultural backgrounds and history by visiting various locations representing each state’s style and harmony. If you have never visited any of Pakistan’s historical sites, you can check our Travel Guide!

Aside from that, Pakistan’s cultural and archaeological sites have existed before and after independence, which will astound you! Here is a list of historical sites in Pakistan that you should add to your vacation plan.

Mohenjo Daro was founded in 1921 and is the most populous metropolis and oldest town in the Indus Valley Civilization. The city was founded approximately 2500 BC and was abandoned for unknown causes. Mohenjo Daro is located in Sindh, around 80 kilometers southwest of Sukkur and near Larkana.

Mohenjo Daro, which means “Mound of the Dead,” has been cursed for 3700 years and spans 300 hectares. This creates famous historical sites in Pakistan where you may learn about Mohenjo Daro!

Because Mohenjo Daro has left abandoned relics, the site is similar to Harappa, which is located 640 kilometers northwest of Punjab. When you visit Mohenjo Daro, you will be astounded by the ruins of homes and buildings!

UNESCO has designated these relics of the world’s first civilization as a World Heritage site. This has been conserved with such care and reverence that it is now available to all visitors! Mohenjo Daro is the best destination to visit if you want to see an underappreciated historical site with abandoned structures and buildings.

The city is 24 kilometers west of Sahiwal and takes its name from a town on the Ravi river. The present village of Harappa has located 1km from the ancient site, considered the most underrated destination in the country.

When you visit this location, you will be astounded by the age and abandonment of the site where humans once lived thousands of years ago! It’s no surprise that Pakistan has preserved several old and abandoned places!

Although the settlement covered 150 hectares from 2600 BC to 1900 BC, it is now much smaller and severely damaged under the British administration in Pakistan. The Harappan civilization was incredibly advanced, including urban centers, writing systems, and economic institutions.

In addition, the Harappans were traders who traded cotton fabrics and agricultural items. Visit Harappa if you want to see an underappreciated location! This denotes historical sites in Pakistan!

Taxila, a 3000-year-old ruin near Pakistan’s capital, Islamabad, is one of the Buddhist faith’s oldest and greatest historical and cultural monuments.

Taxila, a one-hour drive from Islamabad, still features ruins in several locations. Some of the most famous Buddha statues have been transported to the Taxila Museum. One may see the old Dharmarajika Stupa, One of the World’s Oldest Julian universities, and the Sirkap village ruins, which can transport one back to the Gandhara era.

Millions of local and foreign visitors visit the Taxila ruins every year, primarily from Thailand and other Asian nations. Furthermore, Taxila is a sacred site for Buddhists and is revered by both Hindus and Buddhists. One should visit this important Buddhist site to learn about its history and culture.

The Taxila museum’s collection includes objects from ancient to current periods, including several from Gandhara and Mathura under the reign of Chandragupta Maurya, who consolidated northern India into one state circa 300 BC.

Lok Virsa Museum, commonly known as the Folk Heritage Museum, is in Islamabad, Pakistan’s capital city. It brilliantly represents the Pakistani people’s cultural heritage. Pakistan is divided into provinces with distinct cultures. This museum illustrates and displays the diversity of Pakistani lifestyles. This is represented via sculptures, paintings, ceramics, music, and textile art. Lok Virsa is the most beautiful cultural museum in the country. If you visit Pakistan for the first time, this site will teach you all you need to know about the country’s culture and traditions.

Katas Raj Temple is a Hindu temple that recognizes the notable spots in Pakistan where the Hindu people leave history behind. The area is encircled by a lake and features interconnecting pathways that lead to several temples. These temples are supposed to have been built in the 7th century CE or perhaps earlier.

The location is in Chakwal District, near Kallar Kahar, and 100 kilometers from another Hindu pilgrimage site, the Tilla Jogian complex. Lord Shiva’s tears, shed in mourning over the loss of his wife Sati, produced the lake.

Unfortunately, following the division, the temples became disorganized and are currently in less-than-perfect condition. Compared to other ancient buildings in Pakistan, the Katasraj Temples attest to the most spectacular history of the subcontinent.

The lake is divided into two canals, each having a depth of 20 feet. The fold traditions further claim that Guru Nanak used to visit this location a century ago.

This temple is one of Pakistan’s most famous cultural monuments and is located near Katas, about two hours from Islamabad. If you’re looking for a unique and intriguing historical site, the Katas Raj Temple will astound you! This recognizes historical sites in Pakistan and includes information about them.