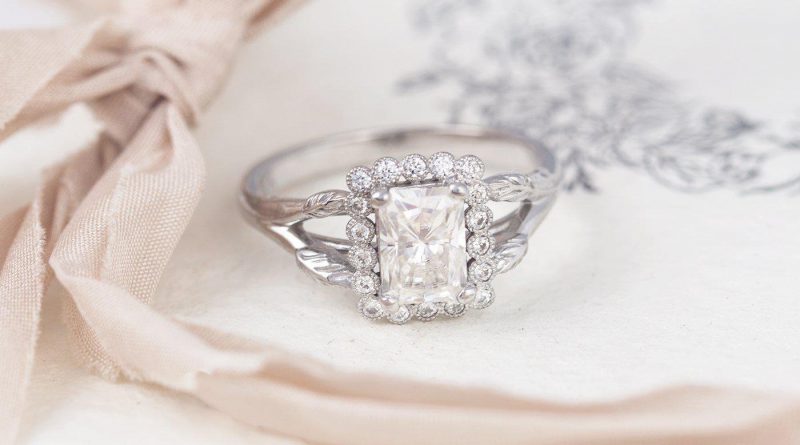 White gold is created by combining yellow gold with light-colored metals including but not limited to palladium. After the white gold jewelry item is finished, it is dipped in a rhodium solution to give it its final chrome glow: this procedure is called “rhodium plating” and is used to enhance the color and brilliance of all white gold jewelry. Furthermore, pure gold must be combined with hard metals in every gold jewelry for additional durability. This is due to the fact that pure gold is an extremely soft metal on its own. Pure gold is so soft that it can be easily bent if it weren’t for the tougher alloy metals that make it stiff – which isn’t ideal in jewelry, which is true in either the case where the jewelry is made of yellow gold or white gold since gold is excessively soft in any of these variants. Additionally, silvery-colored alloys aid in the creation of the desirable white color in white gold.

Is white gold the same as yellow gold? Yes. White gold is manufactured from true, pure gold, even if it contains alloy metals. By inspecting the hallmark on your white gold jewelry, you can ensure that it includes genuine gold. In the United Kingdom, every piece of jewelry weighing more than one gram must be hallmarked to confirm that it includes the specified quantity of certified precious metal. A hallmarking is a little symbol imprinted on the inside of a piece of jewelry that distinguishes it as having been certified and authenticated by The Government Assay Offices’ stringent requirements.

Why does white gold become to resemble normal gold over time? Is this typical? Yes. All white gold jewelry eventually turns yellow gold in color. The rate at which this occurs is determined by a number of factors, including your skin’s pH level and the toiletry or home chemicals with which the jewelry is contacted or touches. Moreover, environmental factors, such as the amount of pollution in your location, can have an impact on how soon the yellow gold starts to shine through.

This is readily remedied by having the jewelry re-coated with a chemical known as rhodium on a regular basis. Aside from the alloys mixed in with pure gold, white gold jewelry is also plated in rhodium, a valuable metal. Rhodium is a member of the platinum family of metals. It gives even more strength and durability, as well as a brilliant white shine to the surface, making it the ideal metal for coating and protecting jewelry.

White gold is a lovely and valuable metal. White gold has a similar look to silver as well as platinum but is less expensive than platinum as well as far more durable than silver. It’s the ideal option for people who prefer a silvery look over a yellow look. Furthermore, its neutral color and long durability make it ideal for all jewels. It’s elegant and timeless, and it’ll go with any clothing or occasion. However, white gold has its own disadvantages, since this kind of gold is made up of a mix of pure gold and alloys and is coated with rhodium, it is essential to recoat it overtime to keep its color. Even though this is a simple and affordable procedure that most jewelers can perform, it can take a lot of time, which means that you will have to stay a couple of weeks without it, which will also increase the overall cost of your jewelry over time.

White gold can quite be expensive in some countries especially in Pakistan. White gold price in Pakistan is Rs. 19,999, with an estimated average price of Rs. 53,669. 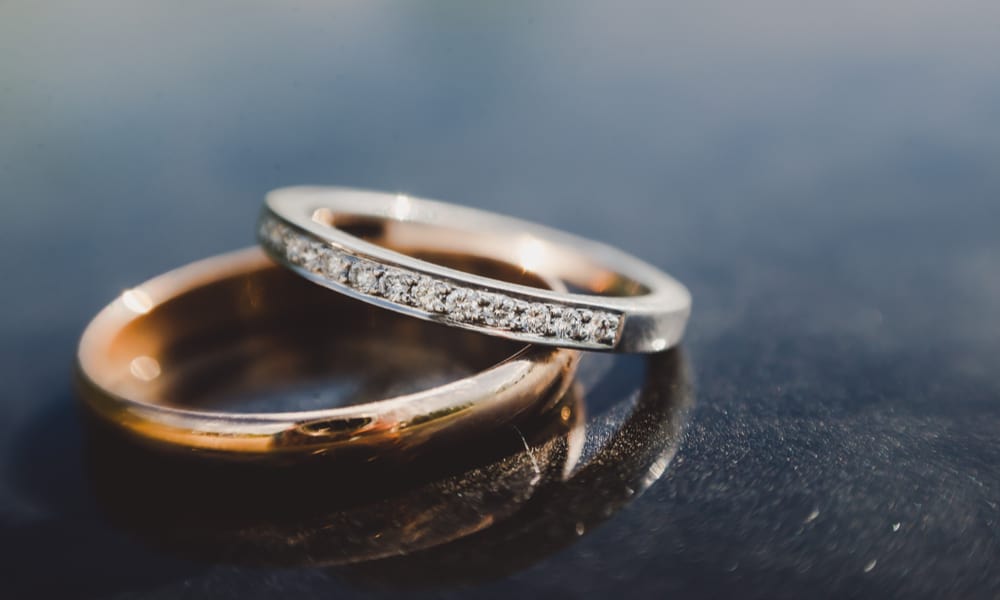 Despite the fact that white hue gold was discovered by two alchemists in Germany in 1710, it wasn’t commonly utilized until much later. The popularity of white gold as we know it now began in the 1920s. This opulent material rose to prominence during the Second World War, which may seem unusual. Platinum’s appeal, usefulness, and rarity were all factors in its development.

Platinum has been used to manufacture jewelry such as rings, bracelets, and pendants since ancient Egypt. However, because of the expensive cost of the material, it was only available to the top crust of society. During World War II, however, several countries realized how essential platinum is as a military commodity owing to its endurance and began hoarding it. They kept it for military purposes, such as the manufacture of batteries, weaponry, and cells. Platinum was prohibited from being used by jewelers in the United States at the time, thus it could be used only for military purposes.

This created a need for America’s jewelers to fill. How could they make a metal that looked like platinum, which was so popular in exquisite jewelry? As a result, they developed and began to employ the alternative metal that is now known as white gold. Even though platinum has recovered its prominence following WWII, it now has to compete with white gold, which is significantly brighter, shinier, and less expensive. What began as a replacement metal is now one of the most often utilized metals by jewelers all over the world.

After reading this article, now you know everything about white gold including but not limited to white gold price in Pakistan